Our lack of hover boards, self-drying coats, and the fact that we’re still merely driving on the ground, may bemoan several Back to Future Part II fan’s as October 21, 2015 approached.  If you hadn’t yet heard, today is the day that Michael J. Fox’s iconic character Marty McFly disembarked in a future that Hollywood envisioned almost 30 years ago. However, now that 2015 is here, it just so happens that not all the predictions were completely astray.

Indeed, the future of 2015 that Marty McFly helped us foresee was both endearing and entertaining– not grim and dystopian like Orwell’s 1984 or Bradbury’s Fahrenheit 451. However, in celebrating our technological advancements, it’s vital to recall that none of these innovations simply occurred by accident. Rather, they are the product of companies investing in research and development – much of it encouraged by the government. Here are four prime examples:

In the film, McFly is surprised to see an advertisement for ‘3D Jaws: 19’. Despite never getting quite so many Jaws sequels, 3D films do indeed exist, with many individuals even having the technology available in their own home televisions. Moreover, 3D technology in research and development has driven innovation in many different industries. For example, recently the Imperial College in London developed a 3D imagery of the human heart and medically used it to predict and possibly intercept heart disease before it even started to progress.

The tablet props in Back to the Future II parallels the reality of our miniaturization of electronic devices in recent years. Federal funding assisted in commercializing the primary technologies that now control our tablets and other mobile devices. Moreover, early touch screen research also secured assistance from the federal government through National Science Foundation grants and fellowships.

Digital topics headline the newspapers of McFly’s alternative future, as they are starting to do in the present. News-processing applications use algorithms to collate data into available reports, with the Associated Press publishing over 4000 AI-generated articles every quarter. Preliminary efforts in Artificial Intelligence (AI) depended on federal funds from the Air Force and Defense Advanced Research Projects Agency (DARPA), who pushed AI research  as a priority in the 1960’s to 1990’s. This push by DARPA laid the foundation for AI research through several public research universities, hence resulting in the diffusion of AI research across private and public sectors.

Back to the Future II demonstrated fingerprint recognition technology for security purposes. Today, similar technologies exist and are the idea behind the biometric security features for Apple’s Touch ID and the latest Samsung Galaxy series. Post-9/11, the USA Patriot Act drove the push to research and develop more innovative methods of biometric identification. 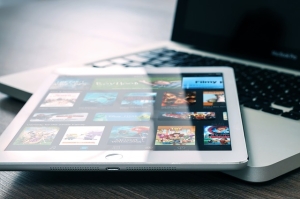 Although we may not be commuting to work on hover boards just yet or dining on dehydrated pizza (fortunately), Back to Future II presented a technologically stimulating view of the future. However, if we want to observe more cutting-edge innovations like these in the future, it is vital for companies and the government to continue to invest in research and development. Have you worked on a research and development project? Whether your research encompasses flying cars, self-tying shoes, or more likely, improvements in business processes and products – contact us today to find out if you’re eligible for R&D Tax Credits.

Utah Patent of the Month - November 2022

WickWërks LLC has focused on improving bicycle front drive systems with the development of proprietary technology. Their quest towards the perfect drivetrai [...]