Big vs Small Companies: Who Spends More on R&D in United States 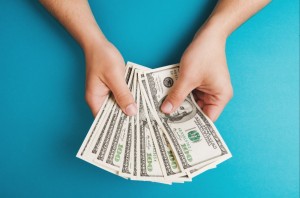 The United States, as a whole, spends the most on R&D in absolute terms and also more than most industrialized countries on R&D relative to GDP. At 2.8 percent of GDP, U.S. national R&D expenditures are currently higher than at any time since their peak in the early 1960s, when the costly U.S. space program commenced.

Indeed, companies have been pouring money into research and development at the fastest pace in 50 years. From November through the end of March 2015, U.S. companies funded R&D at an annual rate of $316 billion, or about 1.8 percent of gross domestic product, the largest share ever for the private sector. That’s up from 1.7 percent 2014 and 1.6 percent from 2007 to 2014.

Begging the question, what subdivision is spending the most on R&D expenditure – big or small companies?

In 2008, 67 percent of all R&D expenditure in the United States was paid for by private companies. Although small companies have increased their R&D spending significantly in recent years, the largest share of financing for innovation in the United States is still supplied by large enterprises, rather than small, newly founded entrepreneurial firms.

Historically, many startup companies and small businesses were unable to benefit from the research credit due to operating losses or alternative minimum tax limitations. Although, new alterations to the R&D tax credit are now making it easier than ever for startups and small businesses to benefit. To elaborate, thirty-five years after its original formation as a temporary provision of the tax code, the federal R&D tax credit was finally made permanent by The Protecting Americans from Tax Hikes Act of 2015 (“PATH” Act) in December 2015. Within the PATH Act, two new provisions were outlined which makes it more accessible for smaller businesses.

The first new R&D tax provision will have an enormous effect on startups. Formerly, early-stage companies that were not producing adequate income to have a federal income tax liability could only carry forward the credit for use in future years. Beginning this year, eligible startups with less than $5 million in gross receipts can apply up to $250,000 of their R&D tax credit against their payroll taxes. So now even if you don’t have a federal tax liability, the credit can generate instantaneous value for your business. Read more about the Payroll Tax Benefit with examples here.

The second provision is a positive update for shareholders of qualifying pass-through entities, such as S corporations, that have an Alternative Minimum Tax (AMT) liability. This modification allows eligible businesses with $50 million and less in gross receipts (based on a three-year average) to apply the R&D tax credit against the AMT liability. Ultimately,  this eradicates a huge obstruction that had prohibited many small businesses from obtaining the credit in the past. Read more about the AMT liability here.

Ultimately, the enhanced capability for more small businesses to use the R&D credit could see the U.S. observe a boost in smaller companies undertaking R&D. Start-ups, in particular, can now enjoy current cash benefits rather than having to wait until their companies produce taxable income to take advantage of the credit savings.

It is imperative, however, that businesses recognize what kinds of costs are eligible in order to maximize the credit so that appropriate records can be sustained throughout the year. Swanson Reed’s R&D tax professionals are available to discuss the R&D tax credit and the changes in the PATH Act – contact us today if you would like to know if your company now qualifies.