The National Association of Manufactures (NAM) released a report earlier this year that analyses the economic impact of the R&D tax credit, worth approximately $7 billion annually in recent years. The report, titled A Missed Opportunity: The Economic Cost of Delaying Pro-Growth Tax Reform, strengthens the debate for making the R&D permanent in the United States.

Although the U.S. business tax code has long acknowledged the prominence of research and development activity, the tax credit has yet to become a permanent fixture for these expenditures. The R&D credit was introduced in 1981 but has expired and been renewed on 16 occasions. The report believes that a permanent tax credit would promote investments that fund productivity gains and result in greater earnings for workers.

Furthermore, the report reviews scholarly literature to conclude that making the credit permanent could add almost 1 percentage point (about 0.9) to GDP growth on an annual basis. The authors highlight that R&D activity is indispensable to a competitive manufacturing sector and plays an imperative role in an economy. 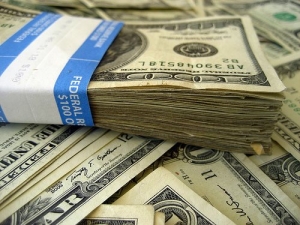 In contrast, lawmakers believe the credit’s long-term cost may be a problem. Analysts estimate that by making the break permanent, tax revenues would be reduced by approximately $100 billion to $150 billion over the next decade.

However, the report combats this by noting that a pro-growth tax plan would add between 492,000 and 522,000 jobs per year, or more than 6.5 million jobs over 10 years. Moreover, NAM puts the accumulative 10-year effect between 2015 and 2024 at a more than $12 trillion upsurge in GDP comparative to Congressional Budget Office forecasts. Approximately 42 percent of this impact, NAM notes, would derive from lower tax rates on corporate and non-corporate pass-through income.

Indeed, strong policy can be a catalyst for growth and the primary purpose of tax reform is to enhance economic growth by expanding the economy’s potential. However, whether or not these numbers impact the Congress’s decision is yet to be seen until lawmakers begin discussing tax policy in earnest later this year.  In the meantime, the tax credit has been renewed for the 2014 financial year and companies are still able to aid from the financial benefits, despite it not yet being a permanent credit. Contact us for more information if your company is engaging in R&D activities and you would like to learn more.

Smartphones and smart devices have become increasingly popular ways to scan images, like barcodes, because of their highly functional camera technology and ubiquity. However, there are issues with focus and lighting; often, what shoul [...]