This month the World Economic Forum released the 2015-2016 Global Competitiveness Report, with the United States achieving a commendable overall rank of 3 out of 140. For just over a decade the World Economic Forum (WEF) has published its annual competitiveness report, which assesses the strength of countries’ based on 12 ‘pillars’ of society, including innovation, institutions and infrastructure. It then ranks these countries based on their overall ability to promote prosperity for their citizens.

Further details in the report reveal that the United States was second in the world for ‘capacity for innovation’ and highlighted a major strength of market size. According to the report, the country’s innovation capacity is driven by collaboration between firms and universities, human capital, and company spending on R&D. 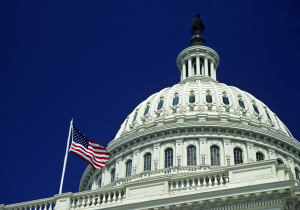 As can be seen by the World Economic Forum Report, innovation and R&D is vital in ensuring a country remains globally competitive. Although the expressions “Research and Development” or “R&D”, can often contrive images of white coated scientists, huddled over an array of test tubes in lab, the reality is considerably different.  In fact, the definition of Research and Development as it relates to the income tax credit is rather comprehensive.  The federal tax credit for companies that invest in research and development (R&D) is one of the most widely used corporate tax breaks. More than 20,000 U.S. businesses—many of them small—usually claim the credit to decrease their tax obligations. The credit means companies have more money available to invest in future innovation.

Given the competitive advantages of innovation as outlined in the World Economic Forum Report, it is clear that R&D can assist countries and businesses remain relevant in a global environment. Tax credits have a positive effect on corporate R&D investments, by increasing the amount of R&D carried out by each company, and by lowering its marginal costs. If your company is interested in claiming the R&D Tax Credit  please contact one of our Swanson Reed specialists for more information.