In 1996, FedEx Corporation found a need for a new computer based system to more easily track their billing records. They carried out this project until 2001 when it was abandoned.  In May 2001, they filed research credits for this project which required substantial expenditures for research and development for which the IRS denied.

In 2008, FedEx Corporation filed suit in federal district court in order to receive over $10 million in tax for those years they were not previously granted.

The two parties differ over what satisfied the discovery test and the internal use software test.  Research on computer or software by or for the benefit of the taxpayer primarily for internal use is not considered qualified research.  In 2001, a “discovery” test would be required to be undertaken to “obtain knowledge that exceeds, expands, or refines the common knowledge of skilled professionals in a particular field of science or engineering.”  The “discovery” test in the Proposed Regulations and in the 2003 Final Regulations differed from the 2001 Final Regulations.  The 2003 Regulations do not adopt the “internal use software” test and the “discovery” test  is satisfied by research that eliminates certain uncertainty and improves business components.

FedEx Corporation seeks summary judgment on the question of the tests the IRS should have applied to determine whether they were eligible for research tax credits in terms of QREs.  FedEx Corp argues that the 2001 Final Regulations apply to their project because the tax years in question occurred between 1997 and 2000.  Because the IRS has not issued a new “internal use software” test, they should rely on the test from 2001.  The IRS tried to amend the 2003 Final Regulations with an announcement when the Treasury could have issued temporary regulations instead.  This requirement from the IRS for FedEx to apply to the “discovery” test from 2001 is contrary to what the IRS stated in the 2003 Final Regulations.

In June 2009, the U.S. District Court for the Western District of Tennessee granted the plaintiff’s motion for partial summary judgment. The taxpayer may rely on the “internal use software” test from the 2001 Final Regulations. 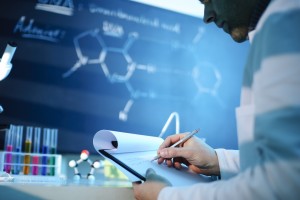