United States (“The Government”) claims that Procter and Gamble (P&G) and its subsidiaries improperly excluded receipts from intercompany transfers with the foreign members of its controlled group when determining “Gross Receipts” for the purpose of calculating its research tax credit.

During IRS’ Audit, they issued a notice of proposed adjustment which reversed its prior position that all receipts from intercompany transfers be excluded.  Because of this, the IRS states that P&G’s calculate are incorrect because foreign member s of controlled groups should be included in Gross Receipts.  Procter and Gamble argue that this revision contracts the IRS’ own regulations.

The sole issue in this case is a legal one: whether a taxpayer must include the results of its intercompany transactions within its “Gross Receipts” for the purposes of determining the amount of its research credit.

Based on the evidence provided on record, the Court finds that there is no material for trail and the Plaintiff (P&G) is entitled to judgment as a matter of law relating to the Gross Receipts research credit issue.  In turn, the Plaintiff’s motion for partial summary judgment is granted and the Defendant’s cross motion for partial summary judgment is denied. 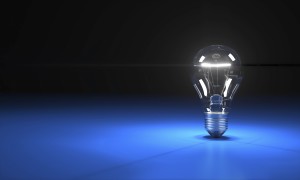