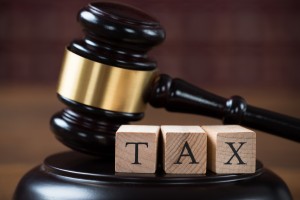 The Alternative Simplified Credit (ASC) is an alternative method used to compute Research and Development (R&D) tax credits. Historically, Sec. 6511(a) restricts taxpayers to filing a claim for refund within the later of three years from the time the return was filed or two years from the time the tax was paid. Consequently, a taxpayer typically loses the opportunity to claim a credit once the Sec. 6511(a) limitation period finishes.

In Rev. Rul. 82-49, the taxpayer was allowed to carry the investment tax credit back three tax years and forward 15 tax years, under then-Sec. 46(a). Currently, Sec. 39 allows a taxpayer to carry forward Sec. 38 general business credits for 20 tax years. General business credits include, for example, the investment credit now under Sec. 46, the employer Social Security credit (Sec. 45B), and the research credit (Sec. 41).

In Letter Ruling 201548006, IRS stated that a taxpayer should compute a carryforward of the general business credit based on the proper credit that was earned in the original tax year even if closed prior to any correction; the ruling is consistent with prior guidance in favour of IRS requiring that a tax payer use the proper lower tax benefit on a carry forward when the year in which a higher than proper amount was claimed is closed.

Letter Ruling 201548006 has direct application to the Sec. 41 research credit. Comparable to the Sec. 45B credit, the research credit is specifically incorporated in the list of general business credits under Sec. 38 (Sec. 38(b)(4)). Consequently, the research credit would be issued the same rules defined in the letter ruling and that the IRS’s analysis would be alike. A research credit initiating from closed years and being carried into an open year in arriving at tax due can be alternated to correct computational errors (Rev. Rul. 82-49). Yet, based upon the justification in the letter ruling, it is clear that the adjustment to correct for computational errors – or a failure to properly claim a credit – can be applied not only to C corporations, but also to partnerships and S corporations.

In conclusion, a general business credit originating from closed years and being carried into open years in arriving at tax due can be adjusted to correct errors under the applicable provisions of the law by both the Service and Taxpayer. Overall, existing authority, combined with Letter Ruling 201548006, establishes that a research credit originating from a closed year and being carried into an open year can be adjusted by both C corporations and flowthrough entities. Nonetheless, it is important to note that the preamble to the final ASC regulations prohibits taxpayers from adjusting credit carryforwards under Rev. Rul. 82-49 for prior-year ASC elections, as that can only be accomplished via an amended return.
Contact Swanson Reed for more information on how we can advance your company’s market value and boost its bottom line through the Research and Development Tax Credit.