Could a Sugar Tax Encourage Innovation in the United States? 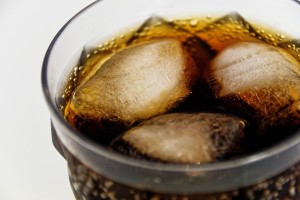 Is it time to tackle the taxing issue of sugar with a sugar tax?

Most recently, the British government decided to institute a tax on sugar-sweetened beverages which will begin in 2018. Indeed, the trend seems to be gaining steam around the globe, with France, Belgium, Hungary, Mexico and Scandinavia already having sugar tax policies. With this in mind, the immediate question that emerges is should the United States follow the UK’s lead and have more state’s operating under a sugar tax?

In the United States, similar taxes have typically failed. Mayor Michael Bloomberg notoriously instituted a ban on selling sodas larger than 16 ounces in New York City, which was knocked down by the courts. And a soda tax for the entire state of New York was also defeated after fierce opposition from industry. Despite this, soda taxes have been successful in Berkeley, California, and most notably, in Mexico.

Ultimately, with more jurisdictions passing these kinds of taxes, we’ll gain more evidence about the efficacy. Although, evidence reveals that as long as they’re high enough, the taxes seem to be working to reduce consumption. Take another example, such as taxes on tobacco, which have been extremely effective at reducing consumption of tobacco products.

On the whole, fizzy drinks have been in slight decline in recent years, with sales in 2014 down 3.3 per cent from a high in 2011. Consumers have been swapping to mid-calorie, low-calorie and zero-calorie options and less than half of all carbonated drinks sales now going to full sugar variants. Thus, a sugar tax may just augment this trend – however, it is expected that it will also spark a new wave of soft drink innovation as well.

Indeed, innovation in sweeteners has been a disruptive force over the past few years for sugars; but it has not unseated sugar’s dominance.  Could a tax on sugary soda’s change this and act as a facilitator for innovation in this field?  Several view the sugar tax as an incentive for soda makers to innovate, research and develop more low-sugar or sugar-free options. Undeniably, there is an opportunity here for firms to really look at the design of food in relation to current health. Other industries show the potential for fundamental innovation when under fire. The most obvious examples are in the field of renewable energy, which has been developed in the face of climate change. Hybrid vehicles and solar chargers are classic examples of new income streams that arise from thinking and designing differently.

In general, a sugar tax like the British one might give food and beverage companies more of a window to radically innovate, develop and sell these newer and improved products.  In the Fast Moving Consumer Goods (FMCG) industry, food and beverage innovation is fundamentally one of the critical factors of success. Essentially, the variant of alternatives available for the beverage industry comes down to an investment in research and development (R&D) to expand the products scope. From developing and testing the beverage’s sugar formulation to improving the nutritional content, the options for innovation in this field are ostensibly broad.Fortunately, federal and state governments offer R&D tax credits to beverage companies of all sizes to help offset the expenses of R&D.

In summary, consumer attitudes towards sugar are shifting as they did towards tobacco and this supports a rethink of everything from global growth rates to investment strategies in the food, beverage and drug industries. As noted above, more countries are passing sugar taxes, which allows us to gain more evidence about the efficacy of such taxes and whether this is a feasible option for more states within the United States to adopt. In the meantime, however, the choice ultimately remains with the individual.

What do you think, could a sugar tax benefit the United States and drive innovation in the beverage industry?