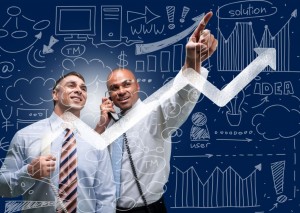 The Texas economy — long a standout and a major source of Lone Star bragging rights — has gained national attention as the “Texas Miracle.” Over the past eight years alone, Texas’ annual job growth has exceeded the nation’s growth by a factor of four, with Texas adding jobs at a robust 2 percent, even in the face of a severe recession. Furthermore,  despite the downturn of Texas’s key oil and gas industry, other sectors are continuing to boom.  In particular, the technology sector in the state is experiencing persistent growth.

In fact, Texas ranks only second to California in number of technology jobs in America. Aside from popular firms like Google, Apple, Dropbox and Oracle — which all recently constructed or extended major campuses in Austin — nearly two dozen California tech companies also repositioned to Texas or opened outposts there since 2014.

Notably, Texas is home to more than 585,000 technology workers across 34,100 businesses. The state’s tech community continues to enjoy rapid growth, adding 13,800 IT positions within the last year. In addition, tech employers in Texas spend more than $58 billion on payroll annually, with IT employees earning nearly double the state’s average earnings at $99,700 annually. Likewise, Texas leads the country with respect to employment in a variety of sectors within the technology sector, including telecommunications, computer and software wholesaling and electronic repair.

Furthermore, due to the nature of the work involved in the IT sector, companies engaged in any type of technology innovation may qualify for significant federal and state research and development (R&D) tax credits.  The Research and Development (R&D) tax credit provides an estimated $10 billion in annual tax savings for U.S. companies; however the credit remains under-claimed by the majority of qualifying businesses. In fact, the Wall Street Journal estimates that a mere 5 percent of qualifying companies claim the credit. Bearing in mind the broad application of the credit and recent changes to the eligibility criteria, the R&D tax credit could be a huge game changer for companies in the IT sector.

It is important to note that the eligibility for the credit is much vaster than assumed and the credit’s definition of “R&D” is more expansive than just white coat research taking place in a lab. In effect, if you are making a product or process faster, cheaper, greener or more efficient — counting nearly all software and technology development done in the U.S. — then you may qualify.

Contact Swanson Reed today if you would like to know more about how the R&D Tax Credit works and if you’re eligible.