Receiving a lump of coal in your Christmas stocking traditionally means that Santa Claus deems you as more naughty than nice.  However, could this tradition be a concept of the past as the nation moves towards renewable energy?

The recently proposed Clean Power Plan by the federal government seeks to combat climate change by slashing carbon emissions from power plants – speeding a nationwide shift from coal to natural gas and renewables. The final Clean Power Plan calls for a 32 percent reduction in power sector emissions from 2005 levels by 2030, equivalent to 870 million short tons of CO2 or the annual emissions resulting from the powering of 95 percent of U.S. homes. According to Obama, that is the equivalent of taking 166 million cars off United States roads. The slash in CO2 emissions will also lessen emissions of harmful co-pollutants; by 2030, emissions of sulfur dioxide will be 90 percent lower and emissions of nitrous oxides will be 72 percent lower, compared to 2005 levels. The Clean Power Plan projects that in 2030, the final rule will have led to net benefits of $26 – 45 billion, avoided 3,600 premature deaths and 90,000 asthma attacks in children, and reduced the average American’s yearly electricity bill by $84.

In relation to Texas, a new study released by the non-profit Environmental Defense Fund has found that the Clean Power Plan will have reasonably marginal impacts on the state because Texas is already on path to meet 88 percent of the carbon emission reduction goals by 2030. The study, Well within reach: How Texas can comply with and benefit from the Clean Power Plan, accentuates Texas’ swift growth in wind and solar power, as well as the state’s copious natural gas resources courtesy of the shale boom. At present, the state is progressively decreasing its dependence on coal-fired power that comprises of greater carbon emissions. 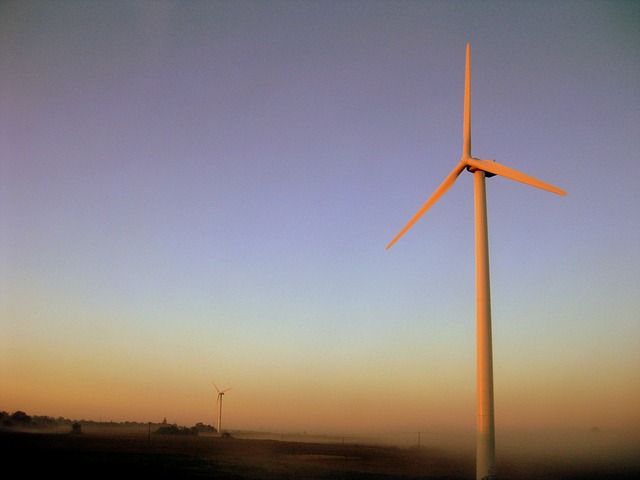 Furthermore, the study predicts that by 2030 Texas will obtain more electricity from renewables like wind and solar than from coal. Currently, Texas is by far the most resource-rich state in the country for wind and solar energy and leads the nation in wind power generation. The report further highlights that Texas is in position to become an even bigger net exporter of natural gas, wind and solar power in the coming years. Moreover, as we mentioned in our previous post last week, Texas runs its own electricity grid that does not connect to those that serve other states. The report notes that in the next 10 years, this electric grid is likely to change more than it has in the past 100 years.

In contrast, several individuals have expressed concerns with the Clean Power Plan, with certain apprehensive states filing law suits. However, a few utilities, including municipally owned Austin Energy, joined Calpine in its November court filing in support of the Clean Power Plan. Larry Weis, general manager of Austin Energy, doesn’t foresee a future for coal and encourages the state to focus on developing its own plan rather than taking a “just say no” defiance through lawsuits against the federal government. In light of this, Weis notes, “states like Texas are really at a huge advantage with this because we have a lot of gas resources and renewable resources…we could really be an example for the rest of the country.”

Indeed, if the Clean Power Plan were to stimulate a new push for an economic way to burn coal in a drastically lower-carbon way, the policy could end up having a truly momentous consequence on climate change. One prominent way the U.S. carbon-reduction plan could seriously combat climate change is if it initiated more technological progress on cleaner ways for the rest of the world to burn that coal. Gina McCarthy, Administrator of the U.S. Environmental Protection Agency, encouraged anxious states to explore creative ways to transform their power sectors in relation to the Clean Power Plan. One way of doing this is through conducting research and development (R&D) in creating more modern and more efficient technologies.

The government provides R&D Tax Credits for companies engaging in R&D activities, which allows firms to produce generous tax savings – including generating cash from their past and future investments. If you’re interested in claiming the R&D tax credits, or want to find out if your eligible, have a chat to one of our R&D tax specialists who will be able to help you with your claim.