This thanksgiving, as you take a sip from your pumpkin spice latte or indulge in a bite of pumpkin pie, satiated feasters should take a second to give thanks to the idiosyncrasy of history that kept squash in our pies, on our plates, and flavoring our drinks. In fact, if megafauna—mastodons, mammoths, giant sloths and the like—had not become extinct than none of these seasonal delights would have been conceivable, according to an international team of anthropologists.

A new study, undertaken by researchers at Penn State University and published last week in Proceedings of the National Academy of Sciences, says the thanksgiving staples we consume are distant survivors of ancient fruits that sidestepped extinction only because they were domesticated by humans. The study focuses on a 10,000-year history that connects humans to the rise of the pumpkin and the fall of the mammoth. 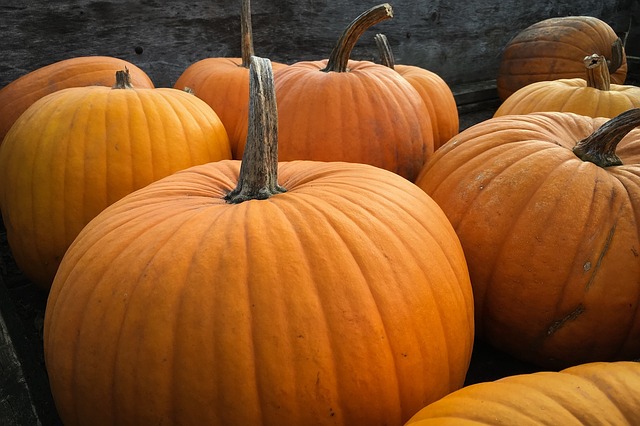 To clarify, the researchers found that originally humans did not consume the genus Cucurbita—i.e., pumpkins, squash, and gourds—since it was bitter and toxic to humans and smaller animals. However, mastodons and other large herbivores, would eat these wild fruits and then discard the seeds through the terrestrial in their droppings. Thus, new squash and gourd plants would propagate, the megafauna would eat the fruit, and the entire cycle would endure. However, when humans arrived in America between 13,500 and 14,500 years ago, overhunting, along with a shifting climate, eliminated giant sloths and their kin. Hence, without human intervention, our cherished fall pumpkin treats would have gone with them.

According to the researchers’ examination, throughout this time humans also began domesticating the gourds. At that phase, they were fond of the gourds due to their resilient rinds—utilizing them as containers for food and drink or floating fish nets. Although, as farming technology progressed, scientists believe that over time humans began eating the fruit and replanting the ones that were most appetizing. Ultimately, over thousands of years, the pumpkin evolved to become mild and tasty — and now icons of the fall season.

Therefore, this thanksgiving, after goring on the onslaught of pumpkin spice foods that appears every fall, take comfort in the fact that thanks to research and our ancient ancestors—we humans can claim to be the saviours of the gourd. A noble act indeed.

In light of the study above, has your business undertaken any research? If so, the Research and Development (R&D) Tax Credit scheme is one way to reduce the cost incurred by companies that are undertaking research and development activities. Contact us today to talk to a specialized R&D Tax professional who will be able to help you with any queries you may have.