This appeal took place in 2009 in the Fifth Circuit in the Southern District of Texas.

Taxpayers are required to keep documented records in order to prove a claimed credit.  If the taxpayer can provide this information, then the court should estimate the allowable tax credit.

B) The requirements of qualified research expenses(QREs) were argued.  In particular, the “discovering information” requirement states that the information must be new to the taxpayer and research must be undertaken for the purpose of discovering information.  McFerrin was relying on the 2001 Proposed regulations which did not state the importance of research activities to the U.S. economy, instead of following the 2003 Regulations which apply to taxable years ending on or after December 31, 2003.  The government conceded and the district court did not review the evidence under the 2003 Regulations.

C) The government argues that errors made by them were “harmless.”  The district court accepted that a few of McFerrin’s projects may have involved researched but were unpersuaded in that these projects could be deemed “qualified research”.  The government also argues in the case that if there was qualified research, McFerrin did not supply documentation to prove these costs.  If McFerrin can supply this documentation, the Court must estimate the expenses with these activities.  Further proceedings are warranted for this argument.

D) The government claims that McFerrin’s bonus of $6.4 million in 2004 should be refunded as it is not a qualified research expense should there be a remand for a new trial.  The district court determined this bonus was on the basis of profits and cash flow from KMCO rather than research performed in that year.

The Court used incorrect definitions for several QREs including discovering information and process of experimentation.  Because of these issues, some of the tax credits from McFerrin could be found to be legitimate and the U.S. Court of Appeals for the 5th circuit vacates the judgment of the district court and remands for further proceedings consistent with this opinion. 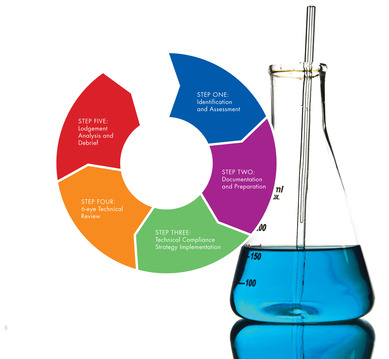