The World Economic Forum recently released The Global Competitiveness Index for 2014-1025 ranking the top innovative countries in the world. The U.S. ranked number 5 behind Finland, Switzerland, Israel and Japan respectively. U.S. companies are spending billions of dollars per year on R&D to promote innovation. Every one of these companies should be claiming the R&D tax credit and receiving a significant reduction in their tax liability.

Bottom line -no matter the industry, no matter the size – if your company is producing, developing, manufacturing or improving products or processes, you are conducting qualified R&D, and therefore deserve a beneficial tax credit. 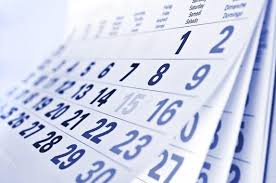 Wyoming Patent of the Month - November 2022

Wisconsin Patent of the Month - November 2022

Riflescopes have been used for well over a century with the core components remaining largely the same. There is a large amount of information needed on a shot-by-shot basis in order to effectively hit long-range targets. The shooter [...]