In 2009, the United States (“the Government”) filed an action to recover erroneously issued refunds to Morris and Cynthia Davenport and Myra Davenport for the 2003 tax year in upwards of $292,095 in total.  The Government claims they are entitled to 10% surcharge and interest for their efforts.  In 2011, the Davenports filed a similar action against the Government for a refund in regards to qualified research tax credits that think the IRS wrongfully disallowed for 2002’s tax year.

David Davenport and Morris Davenport are 50% shareholders in Burly Corporation. Burly manufacture building parts for residential and stand alone metal buildings through its subsidiary Mueller Supply Incorporated, which the Davenports have owned since 1984.  In 2006 the Davenports amended their tax returns for 2002 and 2003 in conjunction with software developed to manage and integrate all of Mueller’s business aspects.  This device was know as the OneWorld Project and the developed software was known as OneWorld System.  The US refund is based on tax credits in regards to the OneWorld Project.

Mueller purchased a license from IBM in regards to an ERP Bridge, which is a collection software used by IBM to organize all of their clients’ data and customize to each customers’s needs.  After filing 1120S tax forms in 2002 and 2003, the Davenports were contracted with alliantgroup to determine if they were eligible for research and development tax credits.  The Government and Mueller agree that the tax credits are in reference to activities performed by Mueller employees including wages and outside employees who helped develop OneWorld software and has nothing to do with IBM or JD Edwards consultants.

The court could find no evidence that the Davenports and Mueller’s activities would pass the process of experimentation test.  The evidence to support the Davenports’ claim that the activities would pass the process test was only found in the Davenport’s amended tax returns filed in 2006.  Furthermore, these activities were concluded that they took place after the initial start up of they System by IBM.  Therefore, these aforementioned activities do not satisfy the experimentation test because they did not occur “as of the beginning of the taxpayer’s research activities” but rather in the middle of them.

In 2011 the Government moved for summary judgment for the 2003 refunds claim and the wrongful disallowance of the Davenports’ 2002 tax refund credits that were supposedly wrongfully disallowed.  The Davenports then moved for partial summary judgment in regards to the legal standards that apply to the parties’ claims. In 2012, the court:

The Davenports’ then seek for the reconsideration of the court’s 2012 memorandum opinion and order and judgment pursuant to Federal Rule of Civil Procedure 59(e).

In September 2012 after careful consideration and review of the evidence in both cases, the Court denied the Davenports’ Reconsideration of Summary Judgment on the basis that they have not established a manifest error of law. 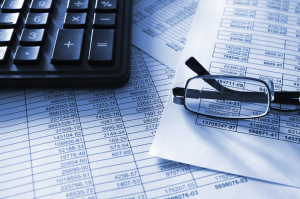